Trying to design something

Not having the patience and the time to spend doing a lot of tatting, I  frequently have an idea in my head of a design and want instant and fulfilling results when I attempt to do it,  but this never happens.   I have such tremendous admiration for those who seem to just pluck something out of the air and then tat it. Although talking to my big sister it doesn't really happen like that, there are many trials and tribulations along the way.  I made this pendant, a failed attempt as it is not what I was aiming for, but I did wear it today, it reminds me, of a fuchsia flower

Well a little!  But this one does have a bee attacking it! 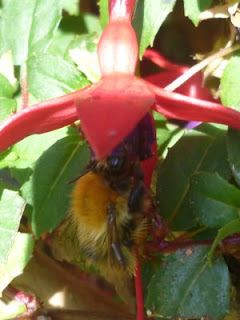 More shuttles and the new line of "hooks with hats" are going into Jane's Etsy shop later on today. 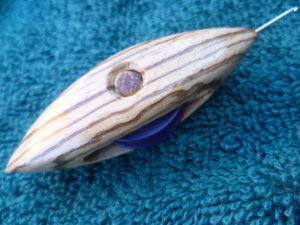 A zebrano shuttle to wet your appetite.

I have another tatting idea which I am going to try this week, so keep your fingers crossed!
Posted by Sally Kerson at Saturday, March 24, 2012