100 years ago today the Great War began - now known as World War I.   All over the country we have been remembering  those who lived and died through this time.

Over the last few months there have also been exhibitions relating to both World Wars and at one of them this christening robe was displayed.  It was made by a woman, now in her 90s, from parachute silk for her son's christening during the second world war.  At this time the policy of 'Make Do and Mend" was advertised by the government through campaign characters such as Mrs. Sew and Sew, who advised women on how to repair and renew garments using material from curtains, dish towels and even damaged war parachutes.  In fact, the quality silk used for the parachutes became highly prized for making wartime wedding dresses and christening gowns.  This particular one has a delicate lace trims sewn on it, no not tatting! 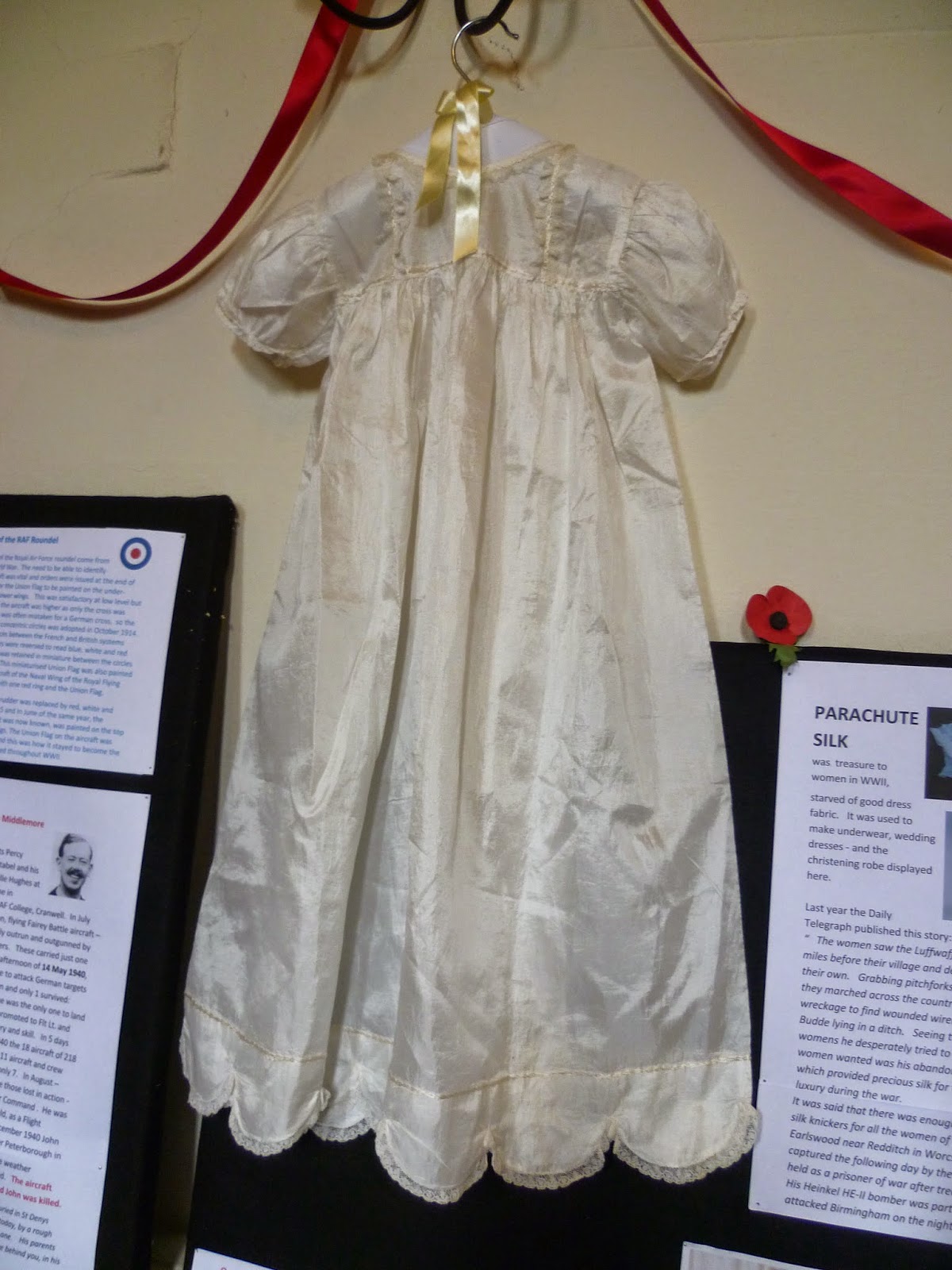 And this is what the oldest church in our benefice looks like today. 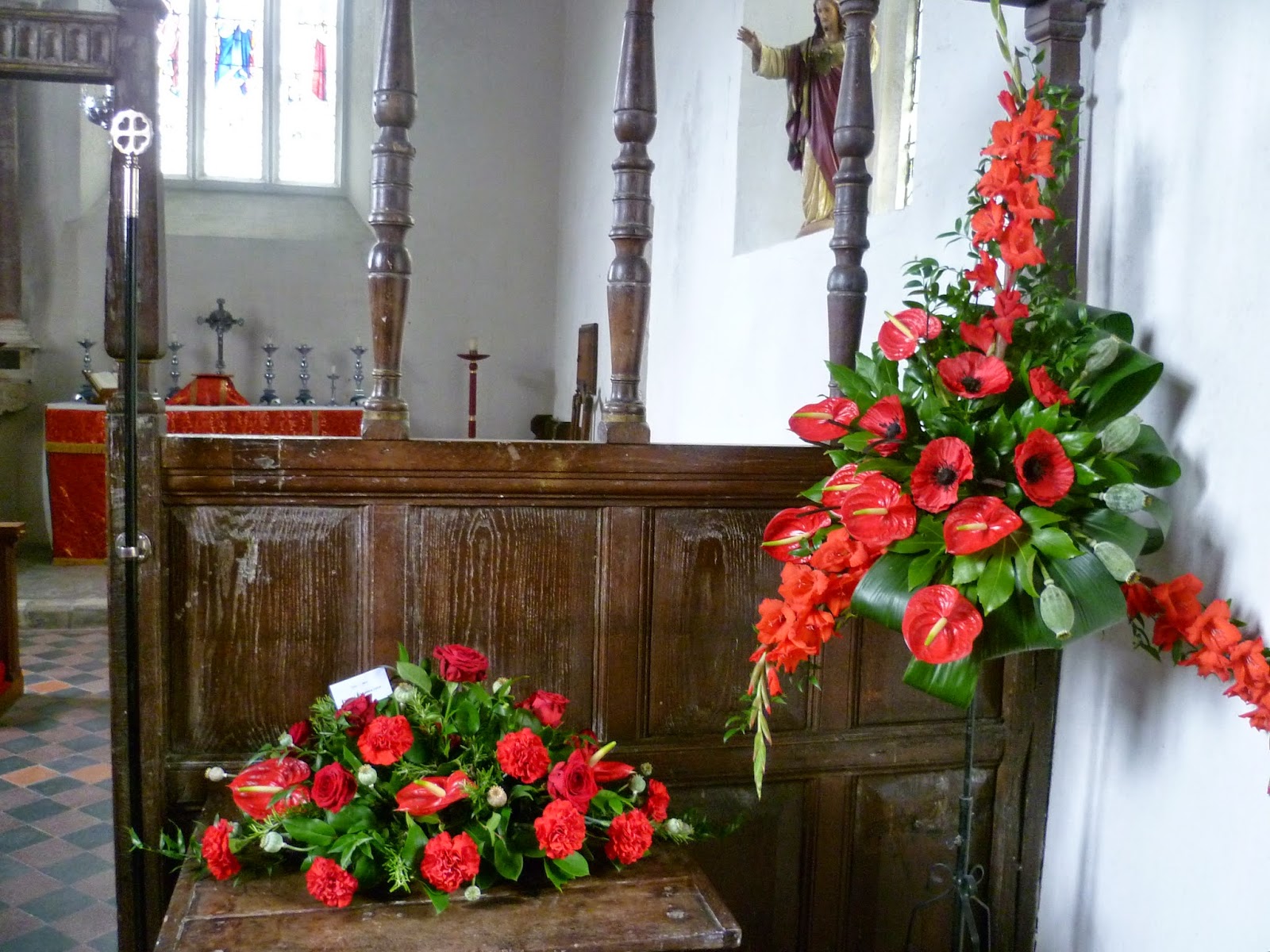