Not much progress has been made because other things have got in the way of tatting. After taking a week to do the first round I discovered that I had used the wrong size thread, it was 40 instead of 20.  The scissors were just about to do their worst when Jane said, it probably will not make much difference, press it and see.    So I did and will carry on. 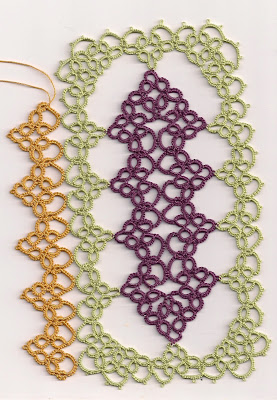 Apart from tatting I am eager to get back to sewing since purchasing this new machine, hope you can see the lego one in front of it! 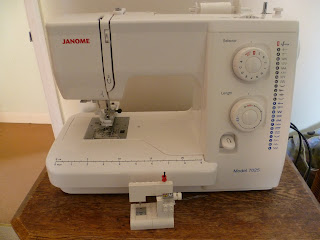 I have not forgotten about the giveaway I promised, it is happening, just been a bit busy to sort anything out.
Posted by Sally Kerson at Monday, April 18, 2016