It is hard to believe that just a fortnight ago I was on a beautiful island off the coast of  Malaysia.   And whilst I was there I left my mark on the sands, okay it did get washed away, but for a short time it remained for all to see! 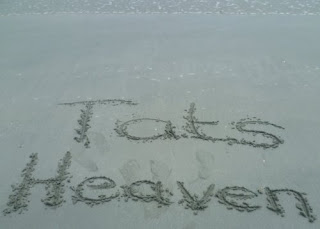 My holiday tatting was very limited not just because of time but also because of materials. At the last minute I threw in a bag just a spool of mixed thread and two shuttles.  Originally I was going to take a handkerchief edging to work on, but just could not cope with the fine thread, so abandoned that idea.  But  I managed to make Jane's wheelbarrow. 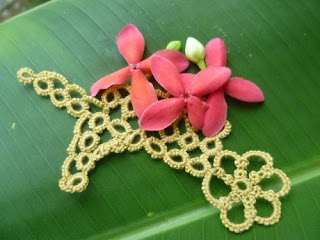 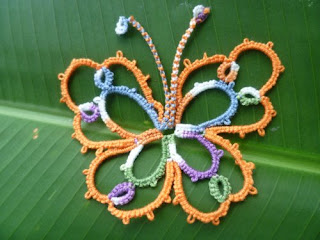 They were both photographed on the island, where there were so many beautiful flowers and everyday fresh petals were put into this container. 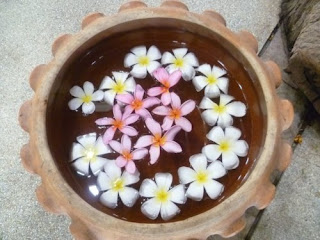 We also had a bulletin telling us what was happening in the resort and this is the one from a fortnight ago, or rather the top of it as I am not allowed to show you the whole piece!

The quote was also apt especially as it came from a person I so admire C.S. Lewis.

And yes hornbills were everywhere. 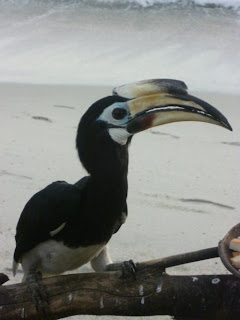 Sadly though I never managed to meet up with Jon Yusoff whilst in Malaysia it was just not possible as we had a tight schedule which meant no diversions!
Posted by Sally Kerson at Sunday, June 30, 2013