My sister-in-law wanted to buy me some thread to use for tatting as a Christmas Present a few years ago, so instead of asking me what I would like she looked on the internet, ebay to be precise.   I was given 10 reels of some very pretty thread that came from Turkey but it was far to slippery to tat with.   Although it did not take me long to find someone who could really use it.   This person was so pleased when I gave it to her as she does Jacobean Embroidery and it was just right for that craft.  Some of the thread is in these cushions which she embroidered for me. 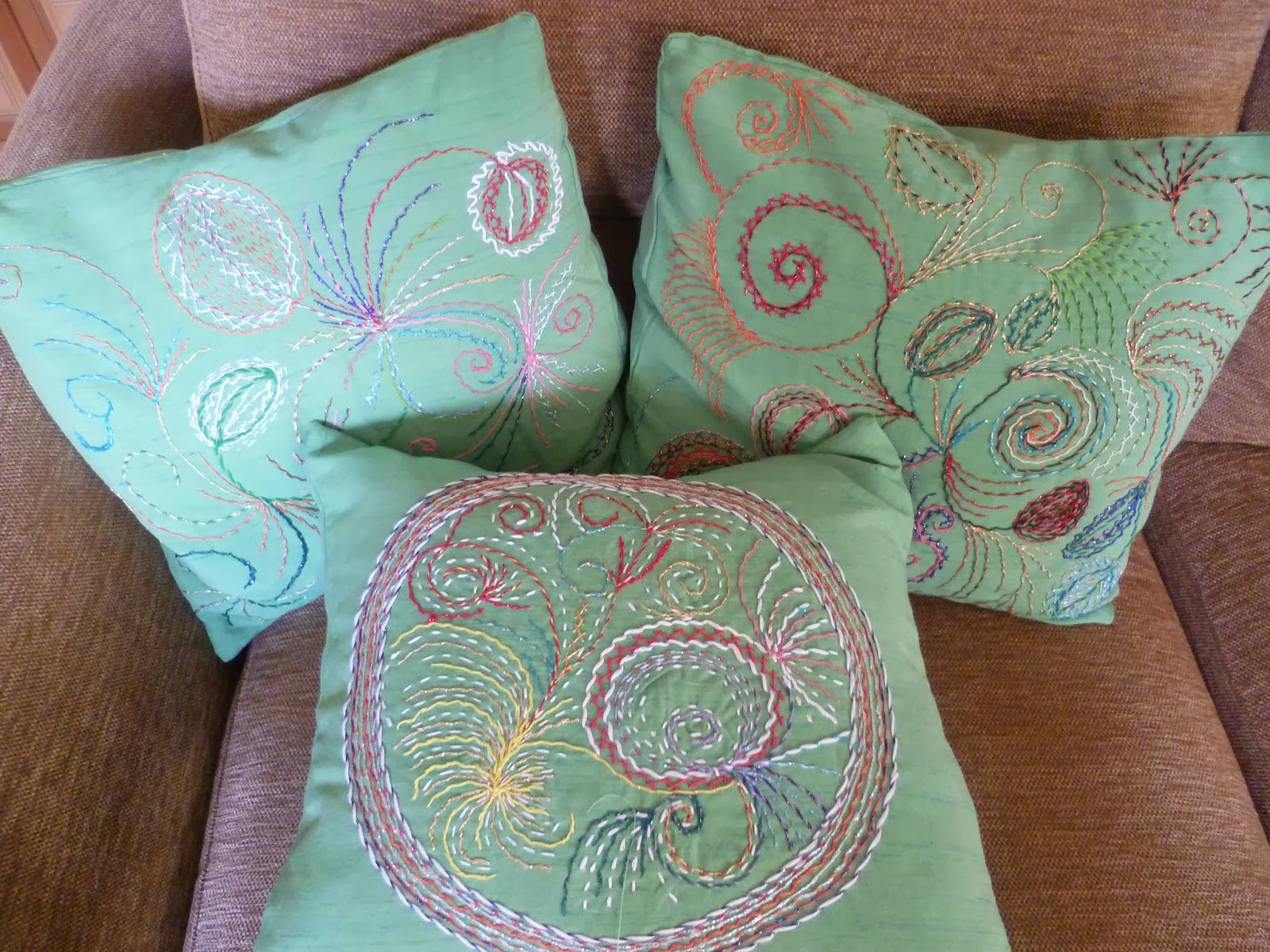 And there hangs another tale, I made the cushions from a Thai Silk bedspread that I purchased in Hong Kong over 36 years ago, but never used.  Sadly the photograph does not do the colours of the cushions or the embroidery justice as the material is brighter and some of the threads are shinny. 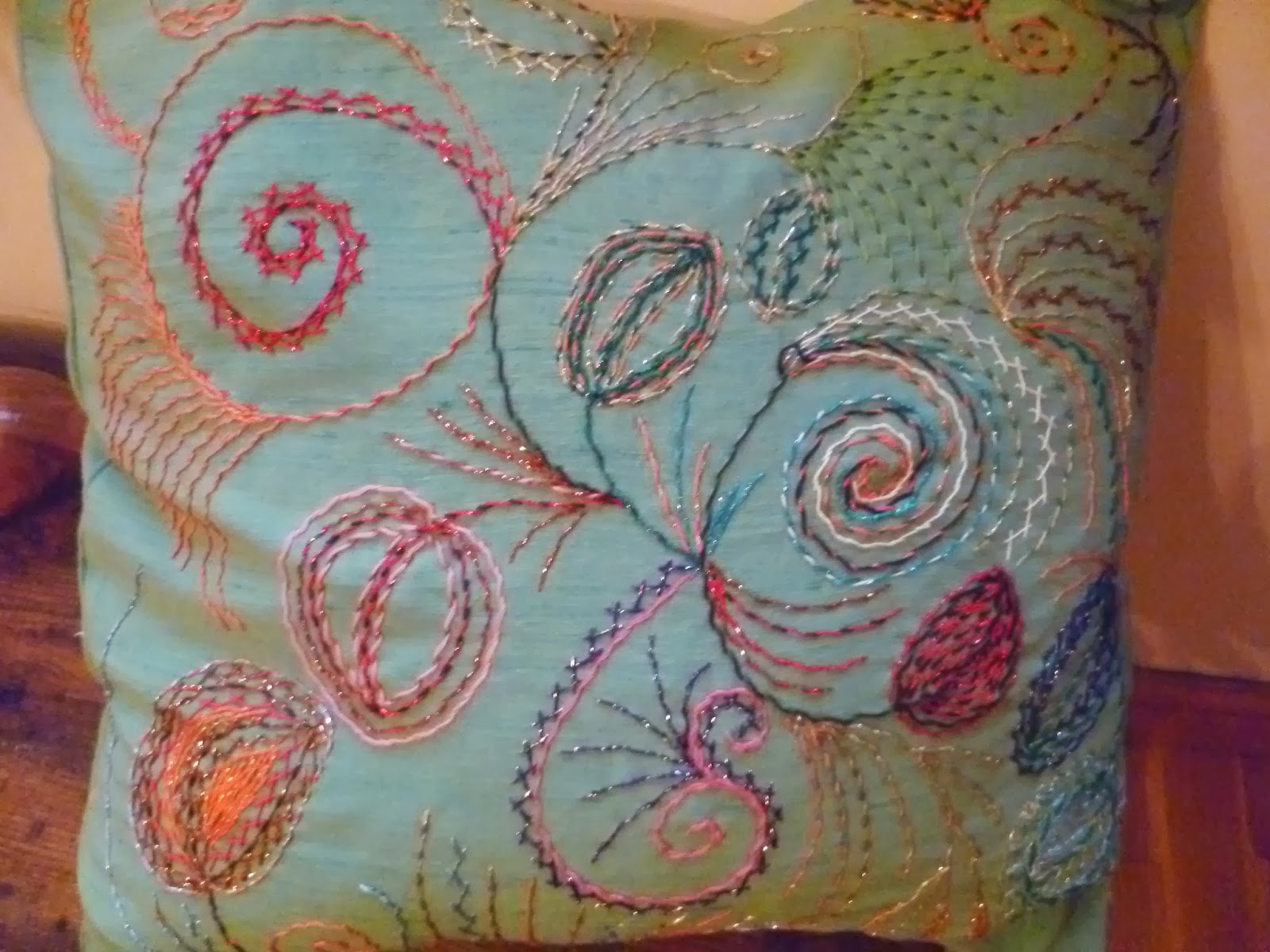 In this photograph you can see some of the shinny thread a little better but the material itself has not come out any better. So now if I have any thread that is unsuitable for tatting I pass this on to my friend who does this lovely embroidery and by the way, it is all "free hand" she doesn't draw a design on the cushion to begin with.
Posted by Sally Kerson at Wednesday, January 29, 2014