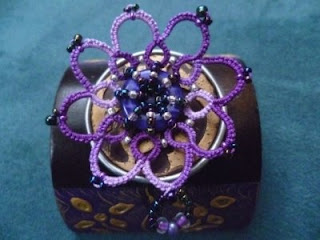 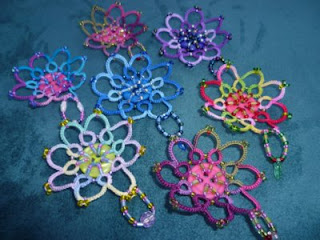 The penguin and shuttle which Crysta won in this competition arrived safely in Canada and here is part of her e.mail to me.
"I have now realized that the first shuttle I found and love (a french ivory post shuttle found at a local consignment shop) is actually quite on the small side.  I love the shuttle from you it is larger and holds a lot more thread!! (Less ends to hide is always a good thing!). Thank you again for the opportunity to win one of your shuttles- I have so many things to create now!"
More shuttles are on their way to Jane this weekend I would have shown you a photograph of them but you are probably a bit bored with seeing them by now. However, there is one in particular which is the crème de la crème in this batch and needs a special mention in my next post.
Posted by Sally Kerson at Tuesday, February 01, 2011