The best news this week was to learn that I have won a set of Aerlit shuttles when they come out in Autumn (fall). I did this by choosing a name for the purple set which you will see here on Jane's blog. 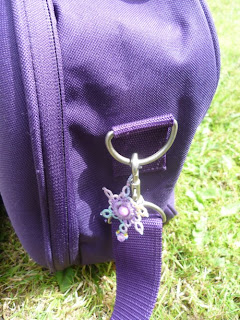 My cabin bag which I took on four aeroplanes this month is also very purple and on it I attached the little tatted dangle.  A couple of days ago two people rang my door bell and handed me the dangle you see attached to it and said "we believe this must be yours". They had been walking past my home and found it lying in the gutter.  Well I was so surprised, firstly seeing it in their hands and secondly realising that I had actually lost it.  What had happened is that when getting out of the taxi from the local coach station after my holiday, it must have come off.  Now I could have lost it at any time during my travels but it didn't detach itself until reaching home. Incidently the dangle had been lying in the gutter for over a week and was only recognised by one of the ladies because she herself tats! 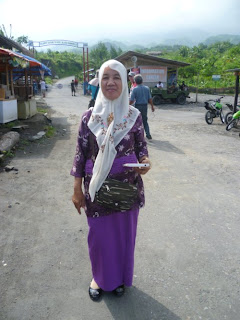 The Indonesian lady you see in the picture was one of the people who was eager to take a photograph of my youngest son, he is 32 years old so not exactly a little boy!  So I decided that I would take a photograph of her, well it was only fair!  In the background, although you can hardly see it, is the volcanic mountain Merapil which last erupted in 2010.   Lifes were lost and there is still visable signs of the devastation it caused. 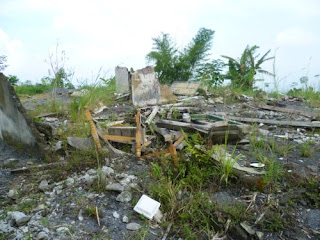 The mountain sits along the Pacific Ring of Fire, a series of fault lines that stretches from the Pacific coasts of the Americas through Japan and into Southeast Asia.  Everywhere is grey volcanic ash which gets into you sandals and coats your feet. Although I should have brought some home with me because it is obviously works well as a foot scrub. 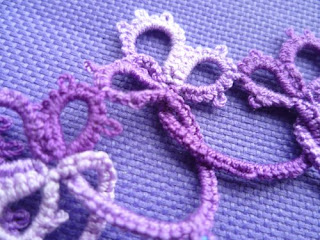 Just a sneak preview of what I am working on at the moment, I admit it doesn't look much but hopefully the finished piece of work will be a bit more impressive!