I purchased a hat for my holidays to protect me from the sun, this is what it originally looked like. 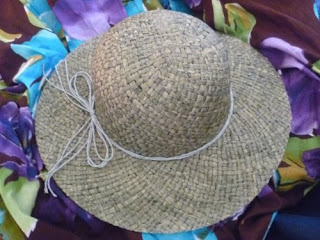 Then I took off the string around it and tatted a piece of braid and it now looks like this. 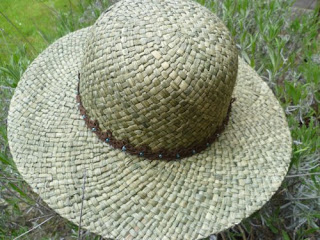 A close up of the braid, unfortunately the original string was glued around the hat and has left a mark, rather like a slug has been around it! However, this does not show up unless you get very close. The pattern is beaded braid from Tatting with Visual Patterns by Mary Konior. 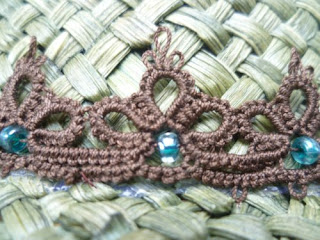 This weekend there will be much celebration in the United Kingdom as the Queen celebrates her Diamond Jubilee, 60 yrs since since becoming Queen.   The weather though is not predicted to be very good on Sunday when the main celebrations are taking place with a river pageant on the Thames in London and street parties up and down the country.
There are union jacks everywhere, but I was given this chocolate which says it all! 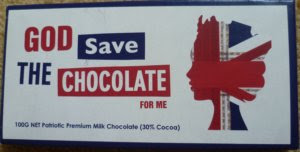 And I think most of you will agree!