Sometimes there is just too much colour around us, and occasionally it is good to look at something in black and white.  How many of us remember when there was only black and white television?!  There is a memorable British sports quote given by Ted Lowe during a snooker commentary. Ted was aware that at the time not all viewers had a colour television so he said "and for those of you who are watching in black and white, the pink is next to the green."

So to start with here is Sherry Pence's Scottie Dog, which I promised to tat for someone months ago.   I think one of these little chaps would look great on a greetings card. Thank you Sherry for kindly sharing the pattern. 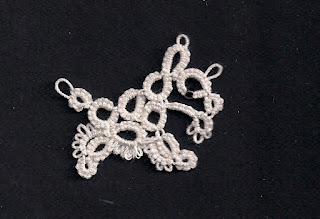 And now a button brooch 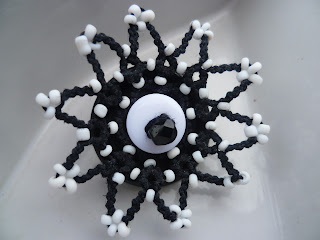 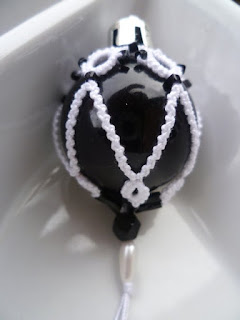 And finally my son Dan who was taking a break from Aikido in Singapore. I was not able to get close enough for an action photograph! 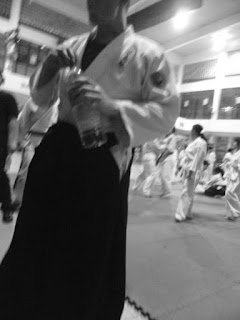 Yes he is a black belt!