Sue Anna kindly sent me more beautiful Lizbeth thread and also one skein of HDT which she gave to Jane when she met her in July.   They are all going to be put to good use.   I just can't get over the colours which I believe are the new range. 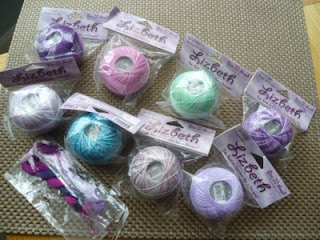 Originally I purchased this piece of Irish Linen to put a border of tatting around it, as you can see it has been folded up and put away and still bears all the crease marks.   I am so spoilt for choice deciding which thread to use.  As you can see  I have placed two possibilities next to the linen, but now the next decision is an edging pattern.  I would like to tat one that is challenging, only has one round, but also has some depth to it. The linen measures 18" x 17 1/2". 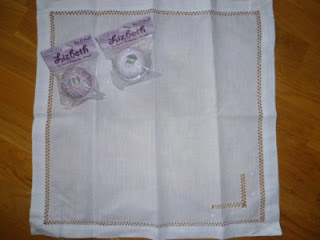 The butterfly that was in my previous post has been framed.  I did have to paint the frame pink, but it has turned out rather well. 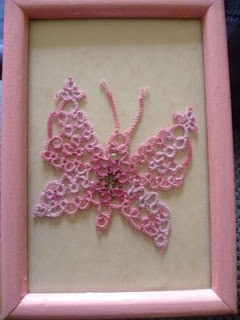