After a few aborted starts, mainly because I made some serious mistakes, I did manage to to complete the Daisy Necklace and now would like a little break from this pattern! 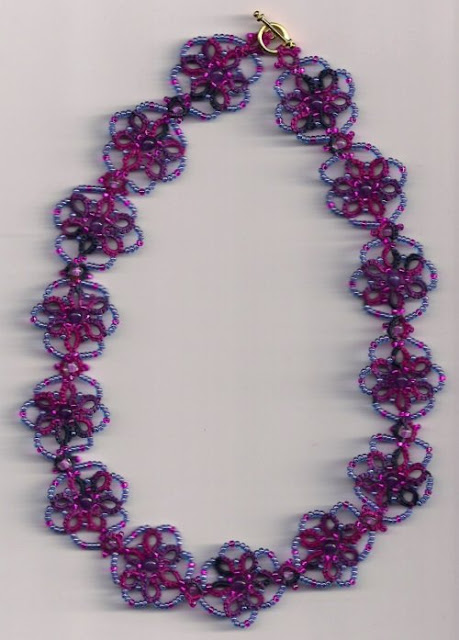 Jane showed the shuttle holder that Marie Smith made on her blog today and so I thought I would show mine as they really are exquisite, and Marie is so generous.  This little gem was made with HDT from Sherry Pence, called Butter Toffee 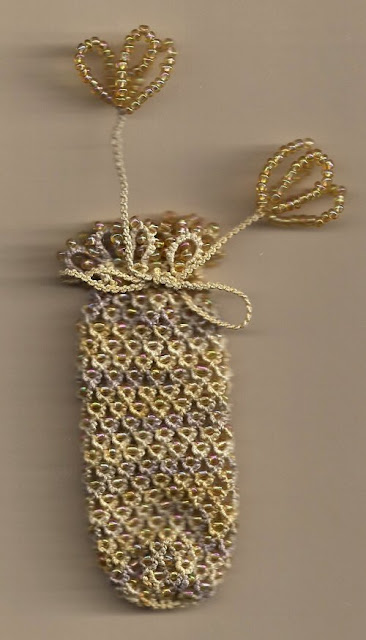 It was such a great day meeting the Guild Members and the fun did not end there.  Afterwards we went to a really amazing restaurant called Flight Deck where there were pictures of aeroplanes plus model aeroplanes hanging from the ceiling.  Here is a picture of Marie outside the restaurant showing us a new technique/idea with Riet. 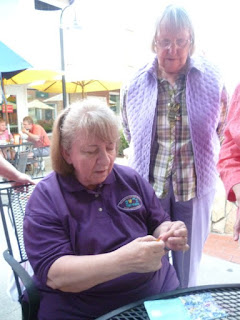 A lot of laughs with so many good friends, it was hard to say goodbye. 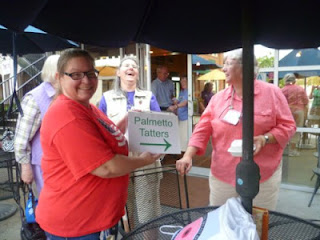 And very sad when it was time for us to fly home. 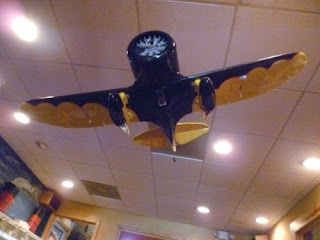 Well not on an aeroplane like this!
Posted by Sally Kerson at Tuesday, October 09, 2012