A hat for Winter

At the moment every time I pick up shuttles to do some tatting, I just fail to achieve anything. Whatever I try to make ends up being thrown away, so much time is wasted not to mention thread.  So I decided to crochet a hat, now I have had a pattern for such a hat which must be 40 years old and I never seemed to manage to actually sit down and make it.  So on Friday I did, went out and bought some wool and came home and crocheted the hat. Although it does not look like the one shown with the instructions, only because I made some adaptations. 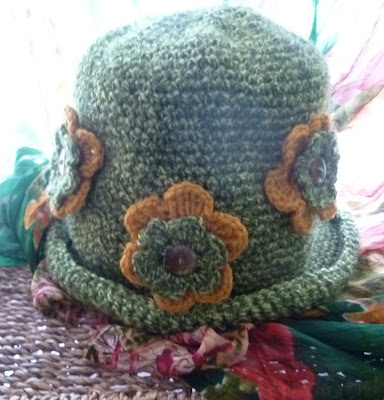 And now a selfie!  The colour of the hat looks a bit different as the photograph was taken in the evening with artificial light. 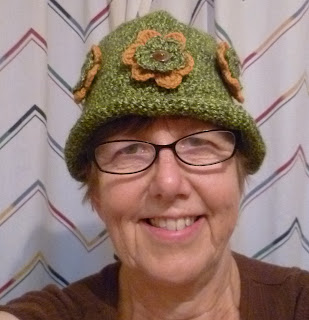 Here is what the hat is supposed to look like but I wanted it taller so it came down a little more over my ears, to keep them warm!  I also embellished the hat with crochet flowers and of course added buttons to the middle of them. 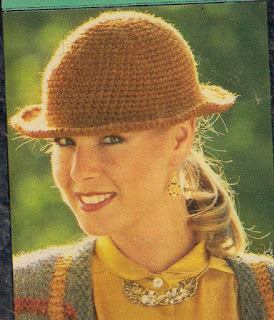 Also the model wearing the hat is a lot younger and more glamorous and she obviously did not take the photograph herself, there were no 'selfies' in those days.  I bet she didn't crochet the hat either!
Posted by Sally Kerson at Sunday, August 23, 2015