Man in the moon - Man on the Moon 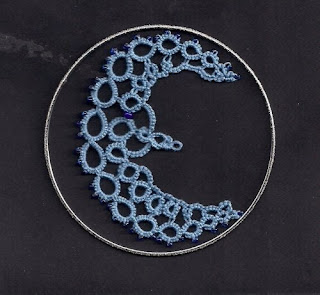 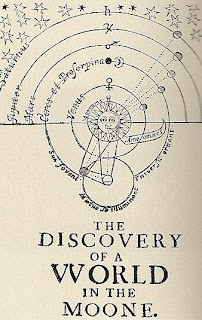 I’ve tatted my sister’s moon taken from her mobile pattern which is here, this is to celebrate the first time man walked on the moon 40 yrs ago tomorrow when American astronaut Neil Armstrong climbed down from the space craft and put his left foot on the surface of the moon and said these now famous words "That's one small step for man, one giant leap for mankind".
As you can see this is a Blue Moon – does that remind you of a song? Yes of course it does from another famous American Elvis Presley and you can listen to it here

A common saying is “Once in a Blue Moon” meaning something doesn’t happen very often, a rare occurrence. But what is a Blue Moon? According to the popular definition, it is the second Full Moon to occur in a single calendar month. On average, there will be 41 months that have two full moons in every century. By that calculation 'once in a blue moon' means once every two-and-a-half years. However, there are rare examples of the moon actually appearing blue, after a volcanic eruption or unusual weather conditions.
Going back in time to Mediaeval England and a work by William Barlow, the Bishop of Chichester, the Treatyse of the Buryall of the Masse, 1528, which is more commonly known by its first line, Rede me and be nott wrothe, For I say no things but trothe (if you can read old English!) includes a reference to a blue moon:
"Yf they saye the mone is belewe, We must beleve that it is true."
However, Neil Armstrong said that the moon was grey so perhaps we should believe him!
For those of you who are old enough to remember, oh yes and that does include me!
What were you doing 40 years when man first walked on the moon?
Posted by Sally Kerson at Sunday, July 19, 2009