Ring out those Bells! 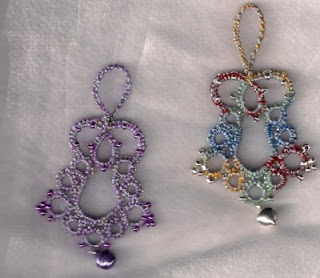 The person that makes the card inserts for the pop-a-bobbin shuttles is an ex-printer and is an absolute genius when it comes to anything to do with printing. His name is Mr. Bell and of course he is married to Mrs. Bell, so with that in mind I have tatted them some bells!
The pattern is Yarnplayer's joyful bell pattern with beads plus the addition of tiny bells which I purchased awhile back, recently I bought the bigger ones you see in the picture, but not sure what to do with them yet.  It is a quick and easy pattern but so effective, thank you Marilee. 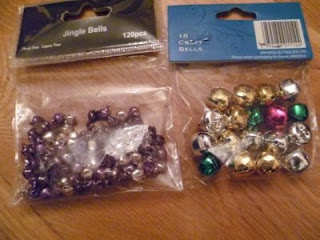 Three of our churches have bells but they do not have bell towers. This picture shows some ancient clangers that are on the wall of one of them, they are said to be from the 13th century. 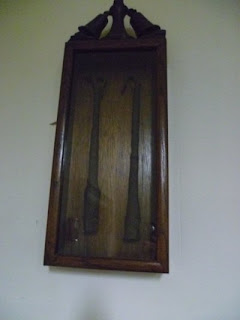 Now the rope that you see bell ringers holding on to as they ring the bell has a coloured piece called a "sally".  This Sally used to be a bell ringer  at a very famous church and below is a very old photograph to proof it.

Can you spot which one is me? 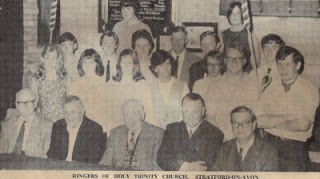 This time next week the bells will be ringing out to celebrate Christmas.
Posted by Sally Kerson at Saturday, December 18, 2010