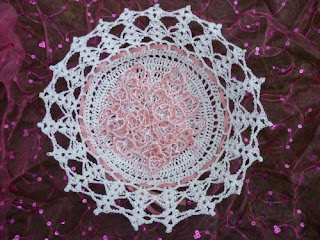 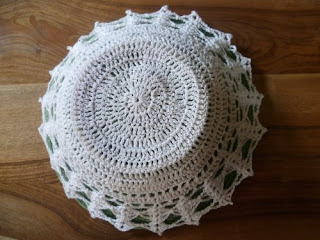 This was not the very first one that I made, the other one I will show you later, just need to tat some other items to put inside.  It is also not crocheted in white cotton or the same thickness so looks quite different.
I have given this one away to a friend who said it would look just right in her bedroom
minus the hearts!
Posted by Sally Kerson at Sunday, April 10, 2011